Today and during the coming winter, the expedition vessel Polar Pioneer is safely moored in Port of Uddevalla. M/V Polar Pioneer has been around for quite some time as she was built in 1982. However, with new owners and new possibilities, she and her crew are now getting ready for the upcoming charter season.

M/V Polar Pioneer arrived to the quay at inner harbor Badö in Port of Uddevalla almost two months ago.

- We are very happy here; it is a safe port, and everyone is positive about us staying here. The location is also great, with the proximity to the freeway and as a matter of fact it's close to home for me as well. I live in Ljungskile and a few more members of our crew also live nearby. It was a very special feeling to be one of the new owners of this ship and maneuvering it here, seeing my home and the house in Ljungskile on the way here. It doesn't get any better than that! Says Captain Staffan Strive.

Coming to Port of Uddevalla is a one-time event. The newly founded company, with Staffan at the helm, is still building up its business. As from now, It will be charter season basically all year round. Except of course when it's time for the annual docking that all passenger ships must undergo. In March the next docking is planned, which will prepare M/V Polar Pioneer for the coming charter season and for its next big adventure, Antarctica.

Parts of the crew including the member we meet today, co-owner and captain Staffan Strive, will stay on board during winter. If you want to keep a relatively old vessel in good condition there is a lot to do so, so they will be keeping busy. M/V Polar Pioneer has recently undergone several major renovations and has a brand-new kitchen, newly refurbished canteens and social areas, and all passenger cabins has been upgraded.

- Yes, we absolutely have work cut out for us, as pretty much everything will be thoroughly inspected by us. The cranes that we use for our inflatable boats will be serviced, there are a lot of paint jobs to be done, fans will be renovated, the motors for the fall ropes will be checked. New spare parts for our two main machines are procured and will be installed, cleaning of machine and various seals will be done and so on. I have approximately 86 things on my checklist, just on deck. Staffan says with a laugh.

M/V Polar Pioneer is an expedition vessel and a passenger ship with room for 53 passengers and a crew of approximately 27 people. Staffan tells us that she was built back in 1982 in Finland on behalf of Russia, as part of a series of ten research vessels.

- This particular vessel has been in passenger traffic since 1999 and she remained in Russian ownership until we bought her on March 1, 2021. The Swedish Navy bought two of her sister ships back in 1993 and they still have one in its possession today, her name is Trossö. They sold the other one to the coast guard on Svalbard, but that vessel has since then been resold.

M/V Polar Pioneer's passengers come from all over the world, but they all have one thing in common. They want to be part of an adventure which only a few have had the chance to actualize. M/V Polar Pioneer normally stays in the Arctic around Svalbard and Greenland. She is there chartered for trips with a clear goal in sight – to see polar bears.

- Yes, this is of course a very important part of the trips. The guides all have this unwritten goal, that after ten days of travel you should have seen a polar bear. You could say that if that goal is fulfilled, it is a sign that you are a successful guide. I don't think we had a single disappointed traveler during this summer, as we encountered polar bears on all of our trips. There were even times when we saw seven or eight in one day. Says Staffan.

A trip in Svalbard always starts from the town of Longyearbyen. During charter season M/V Polar Pioneer picks up new passengers here every ten days. The passengers have usually flown there as the only airport in the area is located there.

- Our journey begins with us leaving Longyearbyen to go outside the island called Prins Karls Forland, on the westernmost part of Svalbard. The guides on the different ships keep in touch with each other and depending on what they hear the route varies. We go into different bays around the coast, choosing the ones where its most likely that we will get the opportunity to see polar bears. Other common stops during our journeys are for example, the walrus colonies in the north, Alkefjellet's bird cliff and the 17-mile-long glacier wall on the east side.

During the trip they visit a new place every day, Staffan adds. At the different stops they anchor and leave the vessel using its six rubber boats, the so-called zodiacs. The passengers can go ashore to explore with the help of the smaller boats. Exception is if you see polar bears close by. If so, everyone needs to stay on board and observe them from there instead. Regardless, passengers get really close to nature and wildlife during these trips. Many of the tourists are to no one’s surprise avid photographers and have usually brought plenty of camera equipment. But there are also those who only bring their mobile phone and possibly a selfie-stick for their adventure.

In addition to food and accommodation, the trip includes qualified guides who take care of the passengers. The crew stays in the background to take care of all the practical things with the vessel and of course the dining.

- On the first and last evening the dinners are slightly more upscale, with so-called "Captain's dinner". We might bring out white tablecloths and everything. During the remaining days the dining are under much simpler forms. It is important to know that we are not a ship in the luxury segment and as our guest you never have to change your outfit before dinner. After a day's adventure you are welcome just as you are in your outdoor clothes. A relaxed atmosphere and genuine feeling are important to us, and has become our niche. Two other things that makes M/V Polar Pioneer unique are that as an expedition vessel her size is not very common and she is also one of few with the highest ice class. This allows us to continue our journey in places where many others must stay out on the open sea due to ice, which means we will be able to get closer to nature and wildlife.

The next charter season starts in May, with a whiskey-themed chartered trip around the north coast of Scotland. Then M/V Polar Pioneer goes on to Svalbard to stays there until August and after that they have three more trips booked at Greenland and Iceland. The journey will later continue towards new latitudes via the small islands of the South Atlantic, where a few shorter trips are planned. M/V Polar Pioneer will continue all the way to Antarctica, where she will embark on a completely new adventure, temporarily exchanging the polar bears for penguins. During the spring of 2024, the next season in the Arctic and Svalbard awaits M/V Polar Pioneer, and her by then not so new owners.

Port of Uddevalla finds it very exciting to be part of this unique vessel's adventure and look forward to following her future journeys. We wish M/V Polar Pioneer with crew a warmly welcome to Uddevalla! 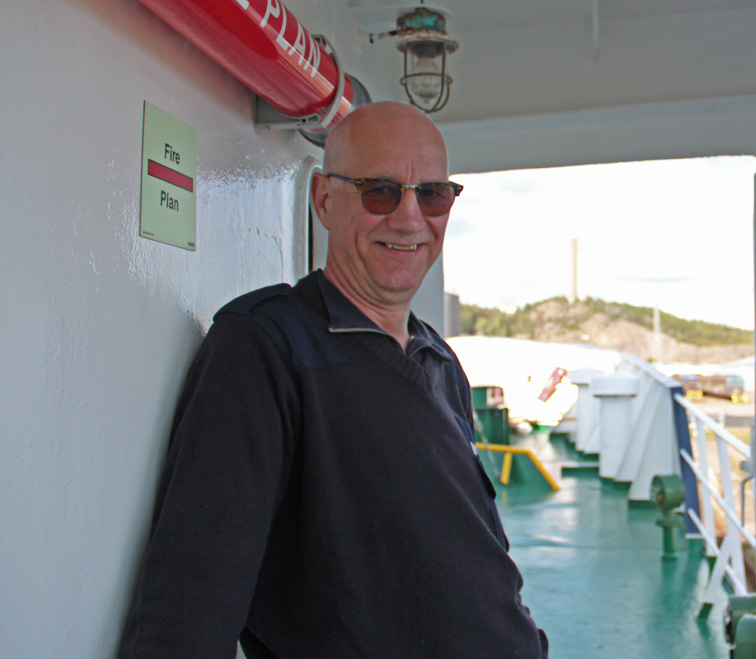 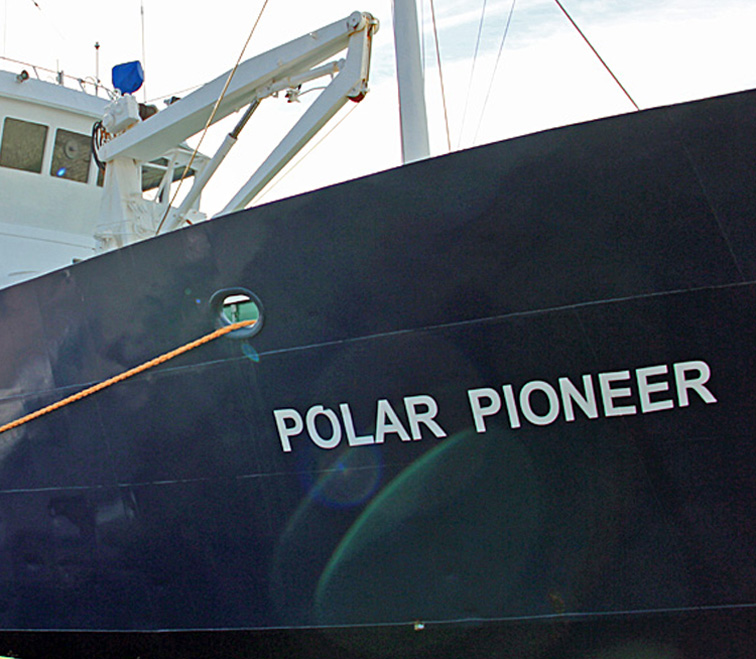 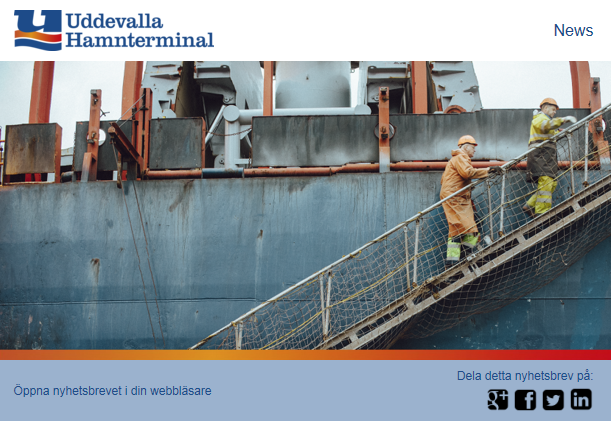